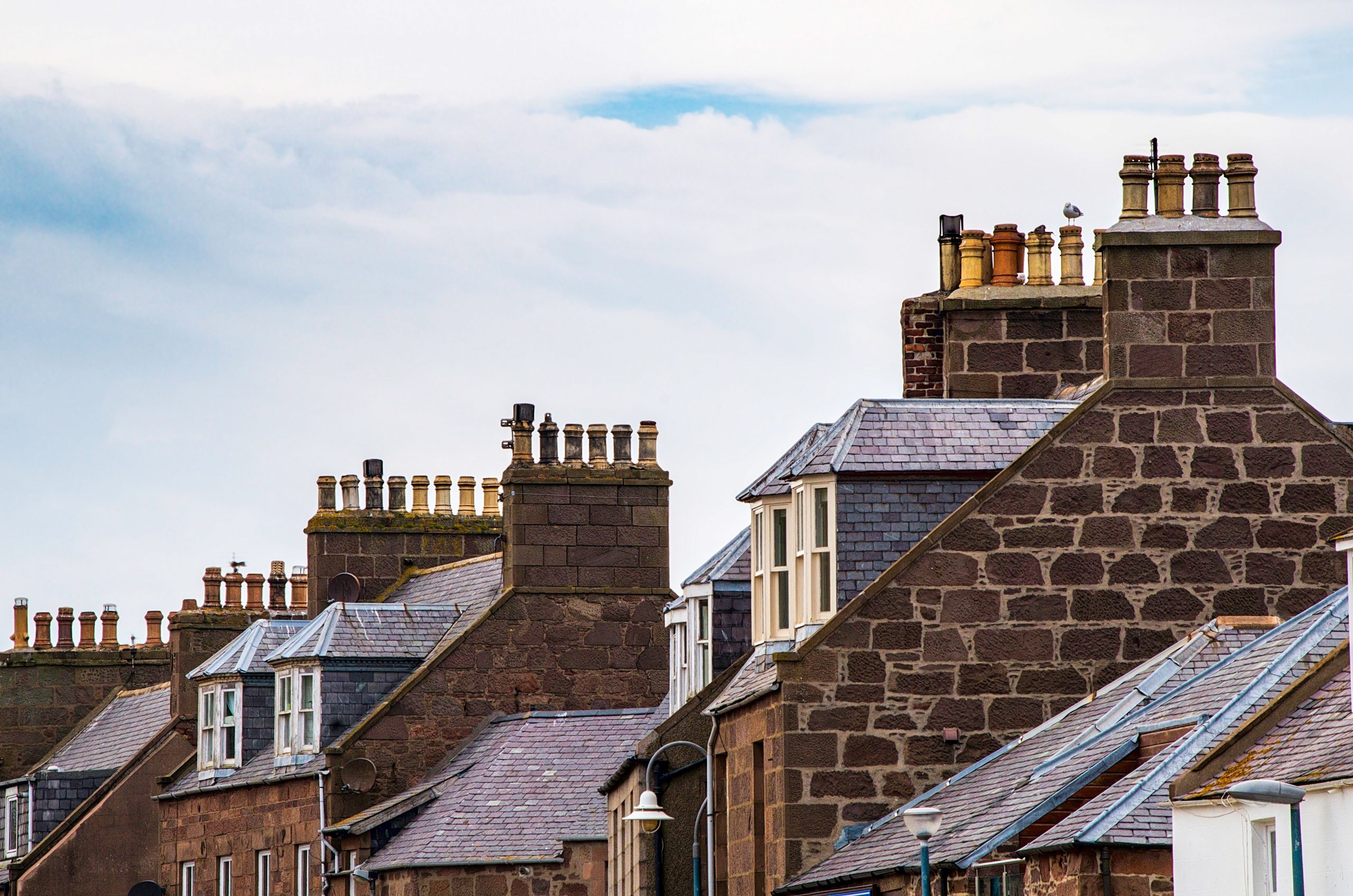 Mass Foam Systems became aware of a temporary government grant that was approaching shortly. This grant would provide homeowners with funding of either 1/3 of the insulation quotation (up to £5’000) or a fully-funded option (up to £10’000 – depending on applicability).

The Green Home Grant was a £2b investment to fund the cost of energy-saving improvements within homes and was targeted at lower-income households.

Mass Foam Systems wanted to take this opportunity as a source of new business but needed to gain awareness to inform the public that Mass Foam Systems were able to provide spray foam insulation as part of this scheme.

Our immediate thoughts were: for this campaign to be successful, the current website and advertising strategy would not suffice. We had to build something different, something that would stand out from the other insulation providers and allow Mass Foam Systems to advance aggressively above the competition.

Our initial meetings with Mass Foam Systems served as a place for brainstorming ideas. An idea that stuck was a simple and effective form on the website that would consist of obtaining all necessary details for a Green Homes Grant application. This form also combines requirements that Mass Foam Systems needed to know about their customer before providing quotations. Requirements such as:

With these requirements in mind, we had built a Green Homes Grant tailored submission form which obtained prospects details from the first step. This form was developed with 2 goals:

In 4 quick and easy steps, the prospects could find out how much funding they are entitled to. The final step would be to click one button to have a survey booked in for the viewer. This was a massive success as it was seen as a “click 1 button to get actioned”.

After the short development of the form (1 week), it was straight onto promoting this form by creating advertising campaigns for the Government Green Homes Grant. As we determined this was a grant that needed social awareness, our advertising platforms were:

We had a heavy focus on Facebook and Google for this campaign as we knew it would be most profitable – which it was.

After the generation of 2 core campaigns (1 on Google and 1 on Facebook) and the development of all relevant imagery, videos and advertising copy, we were ready to blast out the campaigns to the public and generate some great results.

The only issue we encountered was internal scalability of Mass Foam Systems. The work we had brought in was just enough to keep them fully booked week-on-week for the period that this campaign was running.

We did not want to stop there… Here at Websped, we do things thoroughly and wanted to ensure that there were no gaps being left open that would lead to a lost potential customer for Mass Foam Systems.

For any visitor that was visiting the Mass Foam Systems website generically, we wanted to inform them that Mass Foam Systems could provide insulation under the Government Green Homes Grant and it is easy to get started. This led to us changing the most visible CTA on the homepage to a direct link to the grant eligibility checker form. With small but noticeable imagery, we were able to convert regular visitors into customers that applied for government funding.

Our solution was centred around effective advertisements targeted at converting keywords and audience traits. This was paired with a neatly optimised & goal-orientated website design to optimise conversion rates and bring in an extraordinary ROI for Mass Foam Systems. 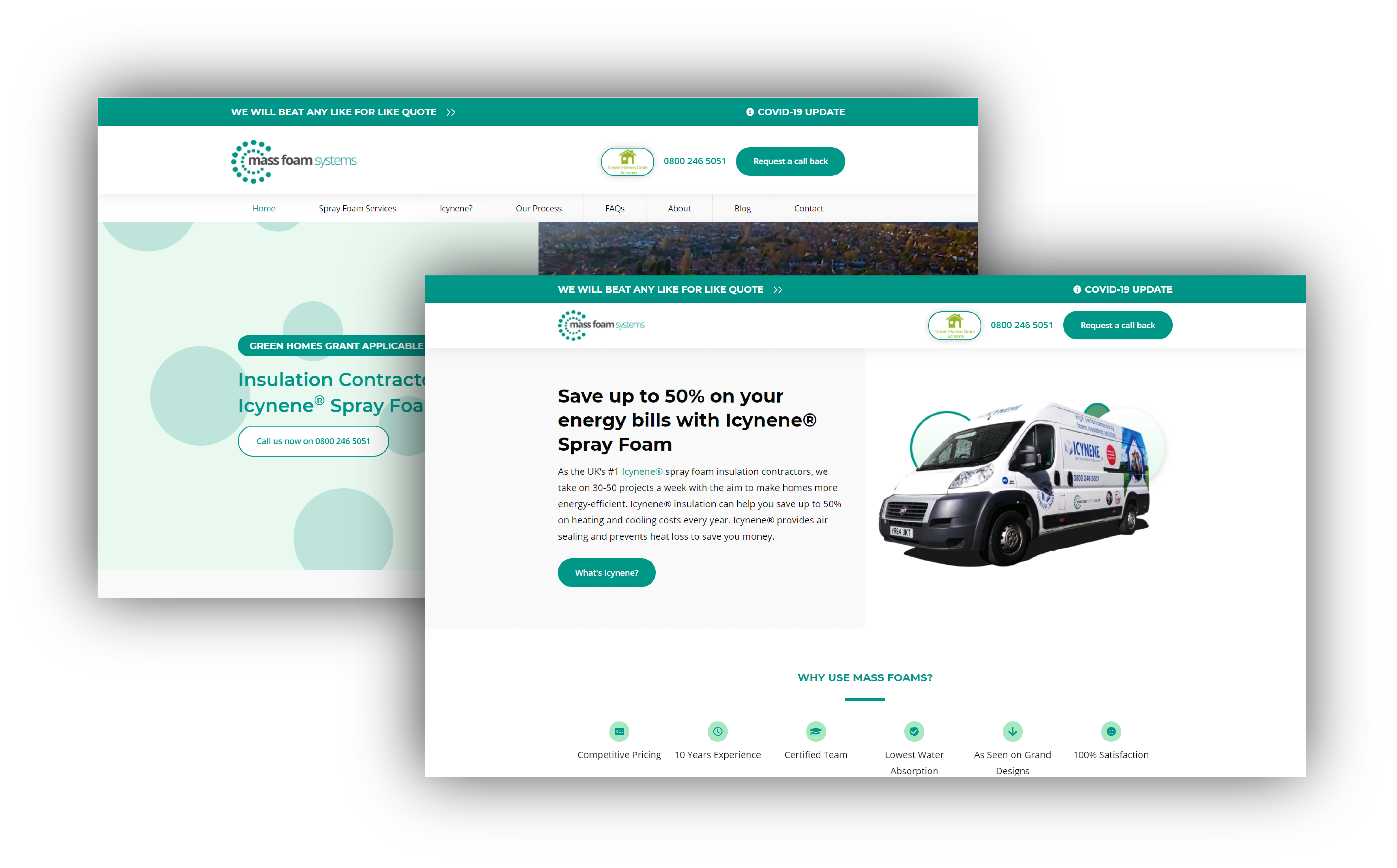